So, how is your week going? We had a fricking Serial Killer! A psycho Meth Head Serial Killer. Yesterday afternoon before he was caught I read, “Last seen Monday night at the Cardinal Baseball Game”.. This would be 8 miles from my house. You can read all about it here and here.
This psycho just killed people, he didn’t have a “reason” and it’s not like he even KNEW them. The last people were just a nice couple in town for a graduation party. They drove up from Arkansas w/ their dogs and were staying at a Comfort Inn. Unreal.
I’m very glad they caught him, he had called his Ex-wife and told her that he wasn’t done killin yet. Could have made for a real mess over a holiday weekend w/ all the extra tourists in town.

We were talking about this last night when I got my hair cut. Many of us watch reality crime shows, Law and Order, Criminal Minds, CSI, Without A Trace.. Well at least I do. Talking about a real life killer was strange…Andrea was cutting away at my hair and I said, “So, you hear about our serial killer?”..she said, “Oh, no. You mean like Bundy, Son of Sam type killer”.. You had to stop to realize the craziness of it all, that randomly anyone could be at the wrong place at the wrong time and be this guys victim.

It’s funny that this happened, do you remember a couple days ago about my “brilliant post”. Well my idea was going to be about the good old days, my Title (it was a working title) was “Anybody Home?”. The idea was inspired the other day when I was at mom and dad’s, this is the house I grew up in. I grew up across the street from my Aunt..dad’s baby sister. We lived 3 doors down from my Grandma and Aunt and about 5 blocks from my Aunt and Uncle. These are the Italians in the family. People never had their doors locked. We would visit each other when we wanted to, no one called first. I would go across the street, open the door and say “Anybody Home?” and then just start walking through the house trying to find someone. Sometimes there was no one home…usually I would end up opening the fridge or finding a cookie or two. I used to walk in my friends homes too..but I think I knocked first, THEN walked in. We’d yell outside each others house to play..knocking didn’t seem like it was necessary.

I can’t imagine any relative of mine just coming over, unannounced and walk in my house..can you?

Did you notice what I did.. One post with 2 subjects that were related to each other, and not really really random. I didn’t even tell you about how the boys went to see Hancock w/out me or that the shower is broken now and we’re spending the 4th of July w/ the plumber..I did good!!

It was a little less than 2 hours. I forgot to turn the flash on so this is what you get. 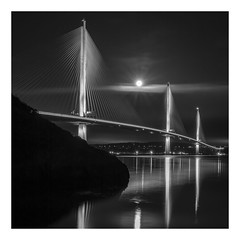